Together We Are Stronger: Leadership for Good

5/13/2022
Written by Dr. Carrie MacVean Grimes '91 for the Summer 2021 issue of The Bridge
Generations of alumnae have launched their futures from our Water Street campus, exemplifying the values of the Severn School community as artists, leaders, advocates, activists, and more. Good leadership is about empowering and inspiring others. It's about making choices for the right reasons, exploring what matters, and acting toward the greater good. Through purpose and passion, these alumnae leaders are transforming our local and global communities, making the kind of change that lasts. 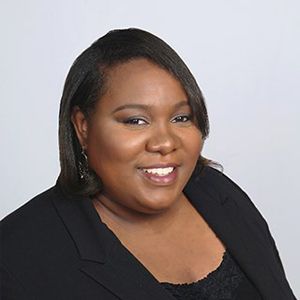 The eldest of four siblings, Sherie Cornish Gordon '98 was the first in her immediate family to graduate from college. From her experience at Severn, she recalls intimate class sessions with caring faculty and staff who were invested in her growth as a student. The array of opportunities, including field trips, arts, dance, sports, and special programs, also had a unique impact on her journey.

Life after Severn included four years as a collegiate basketball player at HBCU Morgan State University, a pivotal chapter in her life. During her senior year, Sherie met Jacqie McWilliams who is currently in her 9th year of serving as commissioner of the Central Intercollegiate Athletic Association (CIAA). Sherie credits McWilliams for teaching her the importance of being prepared and building relationships, of learning the craft of the work, and of believing in her capacity for growth and leadership.

Following graduation from Morgan State, Sherie pursued her graduate degree at Temple University in Philadelphia with the goal of becoming a college basketball coach. After discovering that coaching wasn't her chosen path, she transitioned into administrative athletics roles at the University of Maryland, American University, and Norfolk State University . . . where she was promoted four times over her nine-year tenure to senior associate athletics director. Reflecting upon her time there Sherie shared, “We'd had success on the field and in the classroom. My tenure was incredible there, but I knew there was a ceiling.” As if on cue, her mentor and champion McWilliams came calling with an opportunity to work alongside her at the CIAA.

At CIAA, Sherie cultivated an outstanding reputation as a leader in higher education athletics. Universities took notice and recruited her for various opportunities. When then president of Albany State University in Georgia came calling, seeking an athletics director, she knew it was the right move. During this incredible opportunity, she managed the merger of Albany State with Darton State College amidst resistance from certain stakeholder groups.

“Leading through that kind of organization change gave me insight into strong leadership, change management, effective communication ... and how to stay true to who you are and your values ... my guiding light as a leader was to stay student-centered.”

Sherie was soon recruited by the president of Humboldt State University in Northern California for the leadership role she'd been hoping for, chief of staff of the northernmost campus of the 23-school California State University system. Since joining Humboldt State two years ago, Sherie has served as a front-line leader in emergency management, strategic planning, and enhancing the university's relationships. Most recently while serving as interim CFO, she played a critical role garnering support from the governor in HSU's vision to ascend to the 3rd polytechnic institution in the state, including work in diversity, equity, inclusion, and social justice. 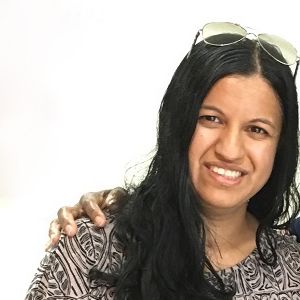 Upon graduation from Severn, Rupal Kharod '99 set out to study medicine. But she was uninspired by her freshman chemistry course at the University of Maryland, and the lack of a spark gave her pause. Unsure of where to go from there, she harkened back to Highley Thompson's 10th-grade World Literature course that introduced her to Paolo Coelho's Bildungsroman, "The Alchemist," in which the young protagonist is guided to realize his true self. She re-read the story and had an awakening. It wasn't the science of a career in medicine that appealed to her, “it was the helping people part.”

From there, she spent her undergraduate years exploring literature and developing expertise in several languages. A chance run-in with former Severn faculty member Jeff Hardy inspired her to apply as a part- time linguist for the FBI. In 2011, Rupal began her career as an FBI intelligence analyst, working on every major terrorist attack since the Boston bombing and preventing countless others. She built a reputation as a technology and communications expert and expanded the scope of Her work beyond counterterrorism to investigations in counterintelligence, cyber, violent crime, and child exploitation.

After several years with the FBI, she took a position at Capital One leading their operations and intelligence team; her expertise was a perfect match. Staying current on emerging technical trends was a challenge, "but it was necessary to improve how we find the criminals planning terrorist attacks, selling state secrets, running blackmarkets for drugs and weapons, or preying on children. And it's the same skillset, coupled with my national security background, that helps me lead a team that was created to prevent the next massive cyber attack or data breach at Capital One.”

Rupal's passion for doing good drives her career choices. “I didn't know where that career path would lead, and I still don't know what comes next, but it'll be guided by that singular purpose." Her avid thirst for learning is another guiding force, supported by the incredible mentors who recognized her intellect and drive. She says an interaction with one mentor nearly ten years ago “shaped the trajectory of my career."

[He] gave me the confidence to lean into my instincts, to speak up even if my voice was shaking, to take on large challenges and difficult problems. And it all started because he had faith, before I did, that I could do great things.” 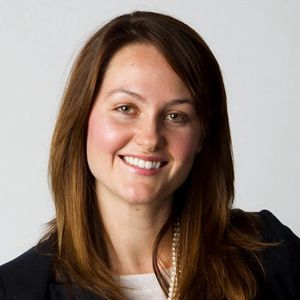 Carrie Ponder Cousins '02 is an executive vice president at Burson Cohn & Wolfe, a global public relations and communications firm named PRovoke Media's 2020 Global Agency of the Year. She recalls the beginning of her career in New York City as a young Vanderbilt graduate interning in public relations. She now works with Fortune 500 companies and their most senior leaders to help tell their stories through media, events, and other channels. Carrie and her team work closely with CEOs to empower them to think critically about their public personas. “It is so critical for [these CEOs] to help shape society around questions like: How is your company responding to political and social unrest? How are you making your company more equitable? How are you providing more opportunities for women? Today it's more important than ever that corporate leaders take on that responsibility.”

While Carrie has worked with figures ranging from Bill Gates to members of Michael Jackson's family, her most gratifying work involves coaching women as companies increasingly focus on equality and seek to spotlight female executives in their industries. Serving as a lead media trainer for Bloomberg's New Voices program, Carrie works with a diverse range of women to build their confidence and prepare them to appear on Bloomberg TV and other network platforms. In 2018, Bloomberg launched its New Voices initiative to increase the representation of women sources in both online and on-air content. The program has established a definitive global list of women experts in finance and business, a system to track diverse sourcing, and funding for media training for top women executives and other underrepresented voices. The goal is to advance the position of women in the news and increase the number of credible sources who are women.

“It matters who assigns a story, who reports and writes it, and who edits and shapes it, as well as whose voices are drawn upon to tell it.”

The New Voices program is working to improve gender balance and increase ethnic diversity at every level and holds managers accountable to making progress across these metrics. Since the program's inception in 2018, Cousins is immensely proud to say that she has helped Bloomberg more than triple its representation of women on TV. “What I'm doing is different from the nonprofit world... but I believe I'm helping shape society more from the top in terms of the opinions and voices that [people] are reading about in the news.” 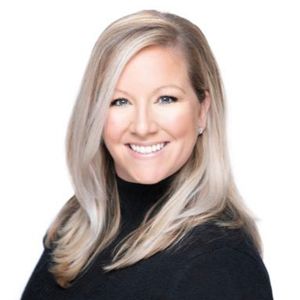 During her undergraduate days at Clemson University, Victoria Royer Coley '00 majored in communications studies and worked as a reporter for the university's television station. She was soon bitten by the media bug. “I spent my summers interning with various media companies, both local and national, building critical skills, networking, and getting a sense for opportunities within a career field that I was highly interested in.”

Following graduation in 2004, Victoria pursued a career in news production and accepted a full-time position at Fox News Channel working in the D.C. Bureau with a focus on policy and political coverage. Working alongside news heavyweights as a producer, and later as the coordinator of the network's Washington booking unit, Victoria shaped the editorial direction of programming and research, and wrote and produced guest segments. “I landed interviews with political newsmakers and coordinated breaking news coverage both in the bureau and in the field.” Working for the number one cable news network came with a lot of joy, but also a lot of stress. For Victoria, there was never a dull moment or quiet day. “I always tell those interested in news that it never stops.”

Her family's small business in the lifestyle magazine industry provided the next professional opportunity for Victoria. She learned several aspects of the business from advertising sales and design to editorial writing and subscriber circulation. During this time, while living and working in Annapolis, Victoria also joined a small group of young professionals in launching the Rotaract Club of Annapolis, a junior club sponsored by the Rotary Club. She served as the club's founding president and dedicated many nights and weekends to service activities and meetings. Although the family business was booming and she enjoyed both the niche market and people she met while traveling, the world of policy and politics called her back. But instead of producing the news, she transitioned into public relations as a deputy communications director. “Our work focused on media coverage, earned and paid, for various education and awareness projects. Then, in 2012, I was approached to lead the communications department at Independent Women's Forum and Independent Women's Voice. I long admired the work of Independent Women to preserve and advance freedom.” She didn't hesitate to accept the opportunity and continues with IW today as their vice president of communications.

Reflecting upon how Severn's mission is lived out in her work, Victoria emphasizes that Severn offers an unparalleled experience for students.

“What I value most about Severn is when you study at Severn, you learn how to succeed. It is one of the many reasons that my husband and I are so excited to have our children starting at Severn's Chesapeake Campus this fall. With anything that I do — work in my career or volunteering within my community — I strive to do the right thing the right way. Within that, it encompasses several key practices introduced by my parents and elevated by my Severn experience: fairness, honesty, and humility."

Love This and Want More?

Scroll below or click here for a full text version of the article:
Back